About Our Board of Directors

Our Board of Directors

Meet our Board of Directors and our executive!

We are a very diverse group with experience in many walks of life who have come together to further the mission and goals of Urban Safari Rescue Society.

Meet our Board of Directors 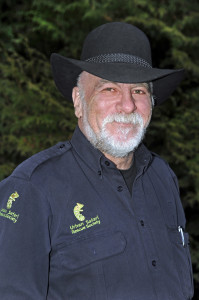 Gary attended the Veterinary Medicine program at the University of Guelph and holds a certificate in Fine Arts from Capilano University.
He worked for a number of years at National Cash Register as a graphics designer where he received a certificate of achievement award. He spent several years volunteering and working at the Royal Ontario Museum in their Entomology department as well as volunteering with the Greater Toronto Zoo. He spent several years in the Queens Guards, escort for the Royal Family and achieved the rank of Captain.
When he moved to BC Gary started the very successful Eagle Frames company which was Canada’s first metal frame production company. At that same time he owned one of the largest Arabian horse farms in southern BC. Following some personal set backs Gary went on to form and run the Pacific Artists’ Studio in downtown Vancouver. This successful studio, the first of its kind in BC, was the starting ground for much of BC’s arts culture, frequently visited by artists such as Toni Onley, Jack Shadbolt, Ken Wessman, Jack Darkus, Bill Reid, Graham Harrop, Michael McKinnel.
Gary Oliver also is in the City of Vancouver historical archives twice – once for winning an award for the Preservation of Historical art. Gary mounted a successful campaign to save one of the largest indoor murals in Canada. The second for saving a woman from a burning building.
Gary went on from there to start Cinemazoo. The first animal agency in Canada, humanely training and supplying animals for the film, TV and still photography business. Gary developed Cinemazoo over 27 years and has too many credits to list but the Telus ads, the movie I am Legend, and the TV show X-Files are but a few. Out of Cinemazoo Gary founded Urban Safari Rescue Society where he is now the director of animal welfare and public education. A biography of Gary Oliver’s life can be found in Chapter’s and other book stores.

Recently, Gary has also been appointed Treasurer for the Cloverdale Chamber of Commerce and will be joining the Board of Directors for the Surrey Museum. 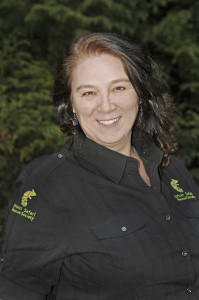 Sharon is an award-winning commercial and editorial photographer with 25 years experience who has worked all over Canada for clients and news organizations such as Canadian Press, Canwest Global, Canadian Government – Border Services, Glacier Press, Vancouver Magazine. She has also owned businesses, volunteered for environmental organizations such as Greenpeace, designed interactive educational displays and helped teach the “Bee Program” at the Richmond Nature Park. She also spent 10 years photographing whitewater paddling and exploring the wild rivers of Canada. She is concerned with conservation and environmental issues.

”Kids and adults have lost touch with the natural world around them; for many people the only exposure they get to animals and nature is through a screen of some kind. In addition to offering unwanted animals of all kinds a safe, secure lifetime home, we also offer people the opportunity to get to know and understand animals in a tangible way. If one is faced with the real and living animal it has a lasting impact and the journey to understanding begins. The planned Ecology Centre will allow us to offer bigger capacity to take in unwanted animals, which we will continue to rescue, and much greater opportunities for the public to learn about and experience animals in dynamic ways.”

Our Board of Directors 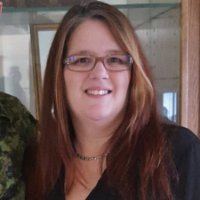 Robin started volunteering in 2005 while working as a support worker for a client who  also volunteered with us. Robin wanted to experience and learn about a variety of animals. She also wanted to get over her fear of snakes and spiders. Gary Oliver helped her achieve this and she went on to become a part time presenter while juggling her job responsibilities as a care worker for adults with disabilities. Robin also taught our Nature Club for a few years and because of her training and experience as a support worker for people with disabilities she was able to include kids with disabilities in Nature Club. She developed a passion for animals and teaching and always loved to see the looks on kids faces when they experienced an animal for the first time. Robin has served on our Board for several terms and enjoys making a difference to the lives of people and the animals in our care. 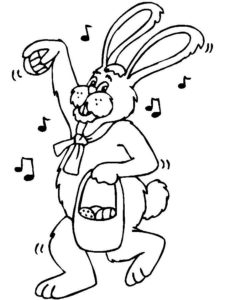 Kathy is a bookkeeper, home maker, and world traveler. She is also a long time volunteer with Rabbitat caring for and feeding hundreds of abandoned rabbits. She also coordinates and trains volunteers to look after the rabbits. Kathy’s good humour, work ethic, and ‘ can do’ spirit has been an important addition around Urban Safari for several years. 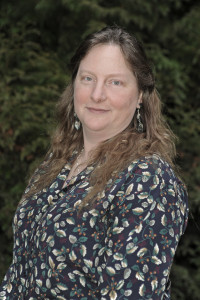 With a varied background ranging from Cost Analysis, to HR Manager, to sales and customer service Pamala brings a wealth of experience to the table. “I’ve worked from one end of the spectrum to the other:as a sales clerk to designing and implementing a computer and telephone system for 100+ employees in a building that had only dust and cobwebs.” Pamala’s current endeavor is helping 45+ age group learn how to wrangle the dreaded computer. A firm believer that everyone should be able to approach their computer without fear Pamala teaches people 45+ how to use their computers – everything from repairing, surfing the net, emailing and using various programs – she has seen it all including one computer that was home to a mouse!

” I joined the board because I believe in the project; I believe that people and animals need to coexist and the best way for this to happen is for people to interact with animals in a safe environment. Most people need more than a picture in a book to truly understand and respect an animal, to feel empathy for it. The planned Ecology centre will boost tourism and provide an amazing learning atmosphere for years to come.”

Leigh Ann has volunteered with us in the past, then life took her in a new direction. She is returning to Urban Safari as a board member. We are very happy she has come on board again. Leigh Ann is a small business owner, Graphic designer and web designer. Maybe she can give us some guidance with our web site. 🙂

Julie has been a long time volunteer with us caring for animals on a weekly basis. She has also been an animal care volunteer for many years at the N/a’an ku se Wildlife Sanctuary in Namibia Africa. We are so happy to have her knowledge, dedication and can do attitude.

David Nash is a longtime resident of Abbotsford, BC.  A graduate of the University of the Fraser Valley (1981), David served as a CBSA officer for 30 years (1980-2010) at various locations across BC. Prior to his promotions and various assignments, David trained and volunteered as an Executive Officer in Local 20045 of the PSAC (Union). David retired with the serving management rank of Superintendent (A/Chief) and was serving in the position of Workplace Health, Safety and Emergency Planning Coordinator for the Pacific Highway District at his retirement. David was awarded the Peace Officer Exemplary Service Medal and a second awarding of the POESM (Bar).  David was also awarded the Queen Elizabeth II Golden Jubilee Medal for his many years of volunteer experience in the community. David’s volunteer experience in Abbotsford includes certification and coaching youth softball, soccer, and flag football. David also served as a R.C.M.Police Auxiliary Constable (1986-1994) in the communities of Abbotsford and Nelson, BC. He is the father of two adult sons and currently resides in Abbotsford, BC.  David brings a lifetime love of animals and a record of volunteerism to the position of Director and looks forward to serving on the Urban Safari Rescue Society’s Board of Directors.

We welcome Dave and the years of experience and perspective he brings to Urban Safari.

Susanna and her family started as members to Urban Safari. Her kids love coming here to see and learn about all the crazy critters we have at the facility. She decided to join the board to help us through this challenging pandemic time so her kids can continue to visit the animals. Susanna is a registered nurse and works in the Pediatric Intensive Care Unit at a Lower Mainland Hospital. We welcome her unique perspective and life experience.